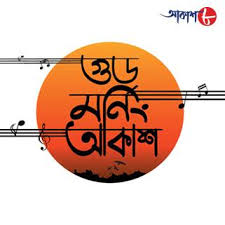 Aakash Aath’s  ‘Good Morning Aakash’ is a melodious program that exchanges greetings with the audience through songs, talks and libe phone-ins. The journey of ‘Good Morning Aakash’ commenced in 2012 as a result of the noble desires of Late Shri Ashok Surana, the chieftain of Akash Aath to promote music, broadly. ‘Good Morning Aakash’ has now stepped into its eighth year with a very successful response from the audience. For so many years in a row, such a successful morning concert on television has not been aired anywhere else in the history of the small screen. What began as a two hours program has now a two and half hour slot, enthralling audience across age group.

Apart from renowned artists, ‘Good Morning Aakash’ always pays special tributes to the geniuses associated with the music world. Just as ‘Good Morning Aakash’ is glorified by the participation of eminent artists, the show also works to bring emerging artists to the audience by their intrinsic performances. From Smita Pramanick to Pew Mukherjee, Gaurab Sarkar, Soumyadeep Sikder, Arpan – Arpita (Aul – Baul) amongst many others first debuted on television with ‘Good Morning Aakash’. Notable names like Madhubanti Bagchi, Tani – Muni, Parvati Das Baul & Nikita Gandhi are some of the major additions on this list.

Every morning at seven o’clock, the melody of ‘Good Morning Aakash’ spreads all over the world. A spiritual connection is instituted between the viewers and the program. The audience here can talk directly with the artists. One can request the song of his/her choice from the artist. Now viewers can also request their favourite song through a video message if they want to hear the song in the voice of the artist on that particular episode. That video is then played at the program. This weekly initiative of Good Morning Aakash has been christened ‘Anurodher Aakah’.

Seventeen years and counting. The illustrious show, ‘Police Filez’, has a long and glorious history. In 2020 also, it has a bright presence ever since it started back in the year 2003. The show is a factual drama that highlighted naissances of the Crime based on the true incidents. The idea of such truth-hunting ‘Docu-fiction’ was conceived by Late Shri Ashok Surana to aware the viewers about the malicious practices still happening in the society. Even till date, Police Filez observes its responsibility towards the viewers with utmost sincerity and devotion. A host of examples can be sighted, like – A kind-hearted man helped an acid attacked lady victim financially after the incident at Pandua Police Station was aired, or, two mischiefs smacked the head of a young minor boy with his eyes punched in the Bangaon Police station area. After ‘Police Filez’ telecast the episodes, Bangaon Lions Club extended their financial help to the minor’s family. Likewise, a group of six adolescent girls were rescued from a Red-Light Area in Pune because of the awareness ‘Police Filez’ created. Mathurapur Thana rescued the lives from that place. Again, an adolescent from Gaighata Police station area filed a rape complaint against her father, after she watched few similar episodes in ‘Police Filez’ and gathered courage to speak up against the ill-treatment. In another incident, a case at Bongaon Police Station was closed for 31 years, the same sealed case was re-opened and such of the power of this program that case was served justice. These incidents prove that the show, has now over the period of time has achieved sky-touching success and the record is irresistible.

Where it is customary in television to make serials based on original stories, it is undoubtedly challenging to make this drama based on a proper research work of a true story. This fiction is the pride of the channel, relying on accurate information despite many obstacles.

Crimes from parts of Bengal and even outer parts of Bengal are brought under scanner in this very program. The minute details of the crime with the criminal psychology is vividly portrayed in this program so that the viewers can recognize the culprits and be aware of the impending danger. Be it Hetal Parekh incident or the mind shattering Nirbhaya Case, nothing can skip the radar of ‘Police Filez’ making it the constant Protection Armor of the society.